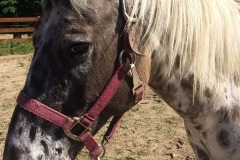 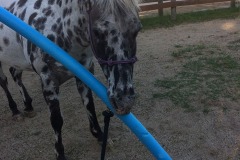 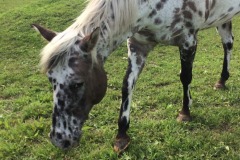 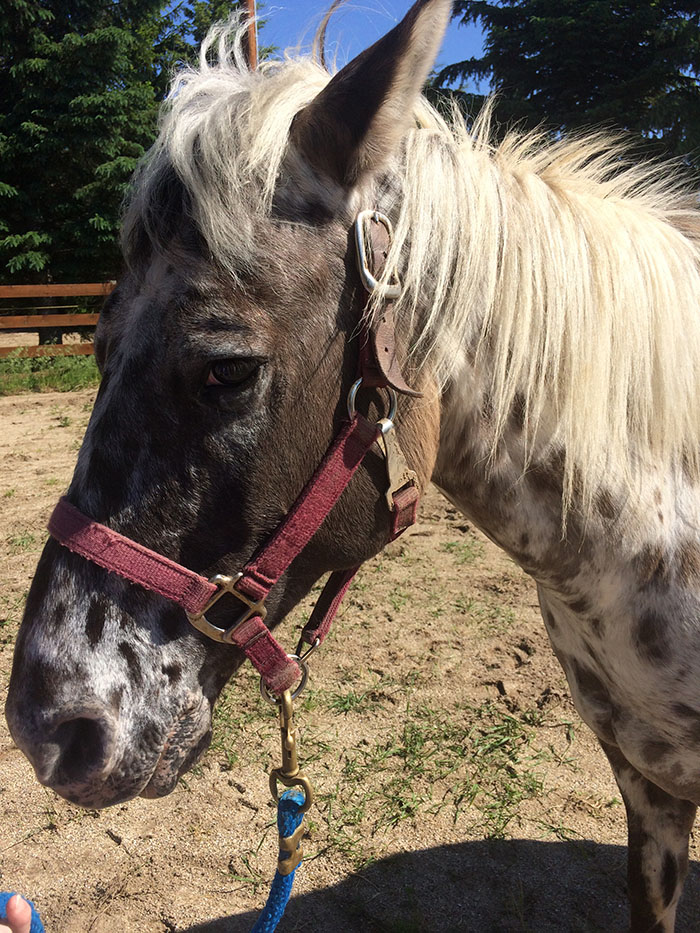 Sully, aka KC, came to join the WCR team in July of 2017 and is our first ever leopard Appaloosa! We like to think of Sully as an extra special horse for two reasons: one for taking on the role of helping our riders after the sudden passing of Dell Rio and, secondly, he came just days after we received a generous donation from the Knights of Columbus, hence the name KC.

He was born in Canton, North Carolina, April 9, 2004, at an Appaloosa breeder’s farm and his color is called a leopard Appaloosa. Not too much is known about KC’s life until he was two years old, when he was placed at the Midwest Horse Welfare Foundation rescue in Rosholt, WI. First, he was adopted by a family who had him for a little less than 5 years, and they had to return him to the rescue as they could no longer care for him. In September of 2011, when he was seven years old, he was adopted by Don and Mary Harvey, of Rochester, WI.and he has been with them ever since.

KC has a big personality and is quite curious. He loves to hold the treat pan in his mouth after eating all his cookies in hopes you will bring him some more. We know he has some big hooves to fill and are confident in his previous training and experience to be an asset to both the therapeutic riding and EAGALA programs. Thank you Don and Mary for sharing this amazing, fun-loving horse with those we serve.

Send KC some treats or provide for his care to continue to be a part of our program.

Willow Creek Ranch is happy to partner with the following great organizations:
Bloom360